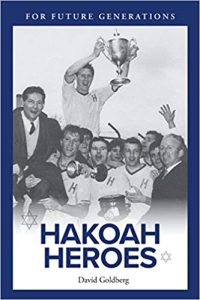 This book has been written as an eternal tribute to a very humble Jewish Australian named Kurt Defris.

The young Kurt Defris was a dashing winger in the Austrian First Division Football League. In 1931 Kurt was transferred for a large fee from his club Fair Unitas to the famous Hakoah-Vienna. Kurt Defris, like so many persecuted Jews, fled Austria before annexation of Austria into Nazi Germany on 12 March 1938. In 1946 Kurt Defris came to Australia and remained in the Great Southern Land for the rest of his life.

Within weeks of his arrival this truly great man brought a dream into a reality, a reality that ultimately gave tens of thousands of Jewish immigrants in a new land, hope, safety among their own, and finally great pride in something, that, by its very nature brought together multitudes of people from all races and all creeds into perfect harmony.